Blizzard have announced that Diablo III Season 21 will begin July 3, soon after their next patch. Here we give details of the brand-new Season buff, the new class sets, and a handful of item and skill adjustments coming in Patch 2.6.9! 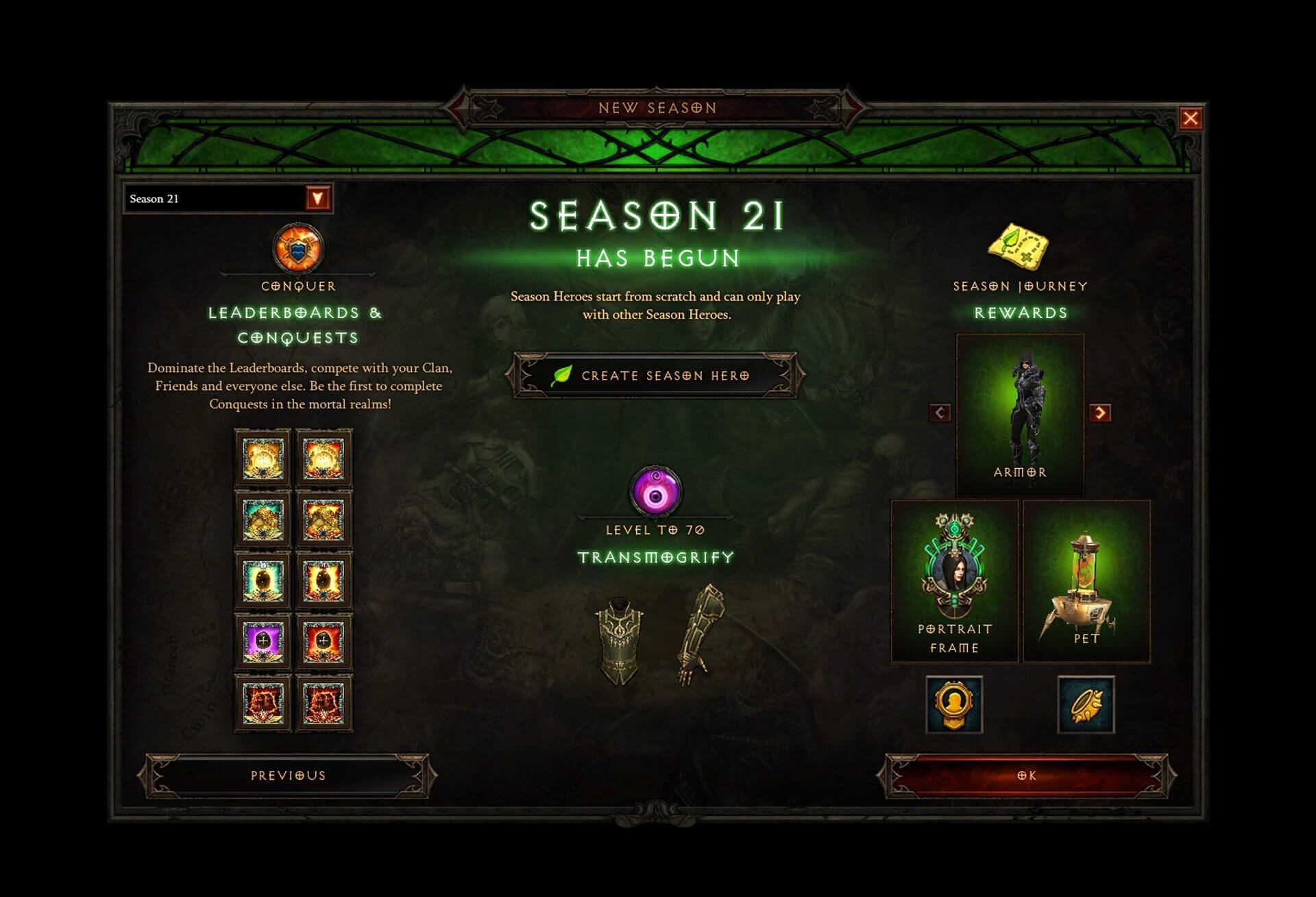 Starting with Season 21, Blizzard have reintroduced previous Seasonal Rewards to make them available to players who may have missed them the first time around. For Season 21, this means awards originally available from Season 9 are returning to the Season Journey. 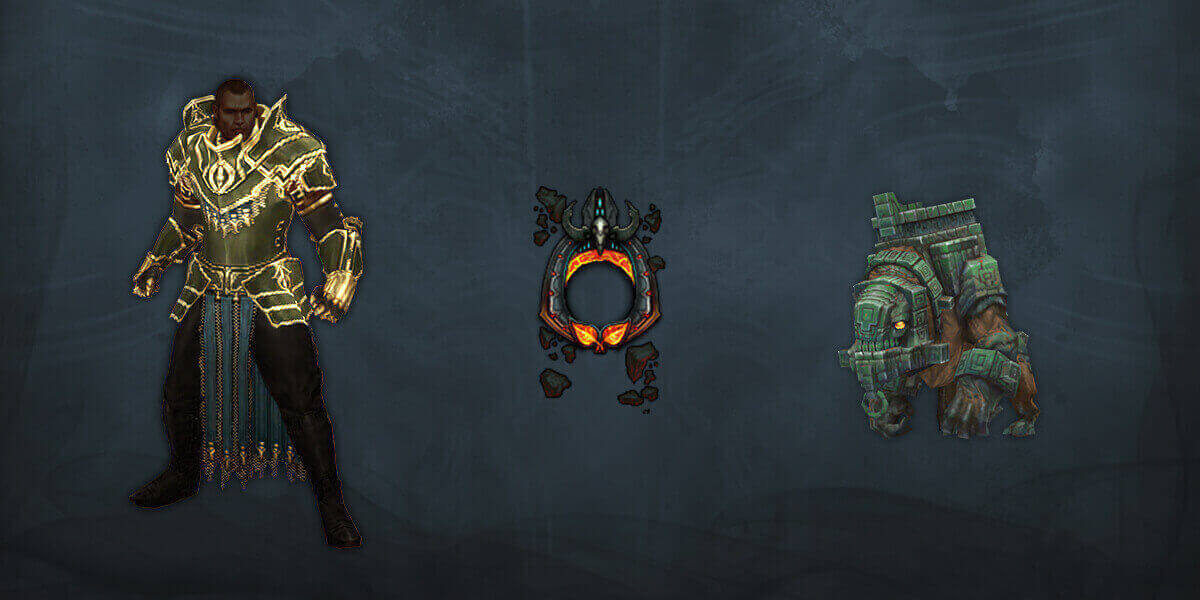 Know though, Blizzard are continuing to provide new End of Journey rewards as introduced in Season 17, with two new cosmetic rewards for those who complete the entirety of the Season journey. You can show your worth in the Trial of Tempests to earn the Stupendous Contraption pet and the Industrial Portrait Frame.

As well as the Chest and Gloves slots of the exclusive Conqueror Set, you'll also be able to earn the Pandemonium portraits and the cute and craggly Rocky pet first introduced in Season 9.

If you've been busy slaying demons for the past few Seasons and reached Conqueror in the Season Journey each time, you’ve probably accrued a few extra stash tabs. You'll earn one additional tab each Season by finishing the Conqueror tier, up to a maximum of five:

Want to prepare your Conquest plan for Season 21? Here are the challenges you’ll face!

For Curses!/Stars Align, pick any Cursed Chest event that requires killing monsters and defeat over 350 or more at level 70 on Torment X or higher. Also returning for Season 21 is Sprinter/Speed Racer, where you’re challenged to complete the entire Diablo III campaign from Act I to Act V at level 70 in under 1 hour! Next is Avarice/Avaritia, where all that glitters is gold—that is, if you can complete a 50 million gold streak outside of The Vault or its Inner Sanctum. We're also bringing Thrill/Superhuman, which requires completion of a Greater Rift level 45—solo and without any Set items equipped. And lastly we'll be bringing back Speed Demon/Need for Speed, meaning you'll need to beat a Torment X Nephalem Rift at level 70 in 2 minutes. Best of luck!

Finally, the Class Sets rewarded for completing certain chapters in the Season Journey courtesy of Haedrig’s Gift have rotated once more. We’ve listed the available Sets below. For those new to Seasons, here’s how it works:

Completing Chapters 2, 3, and 4 of the Season Journey will reward you with three of Haedrig’s Gifts. Each Gift contains a few pieces from one of your Class Sets. Players can only unlock one Class Set in this manner per Season across Hardcore and Non-Hardcore, so choose wisely!

The set you receive depends on the class of the character you’re playing when you open each Haedrig’s Gift. To collect a full Class Set, you’ll need to open all three on the same character.

Here are the sets granted by Haedrig’s Gift in Season 21: 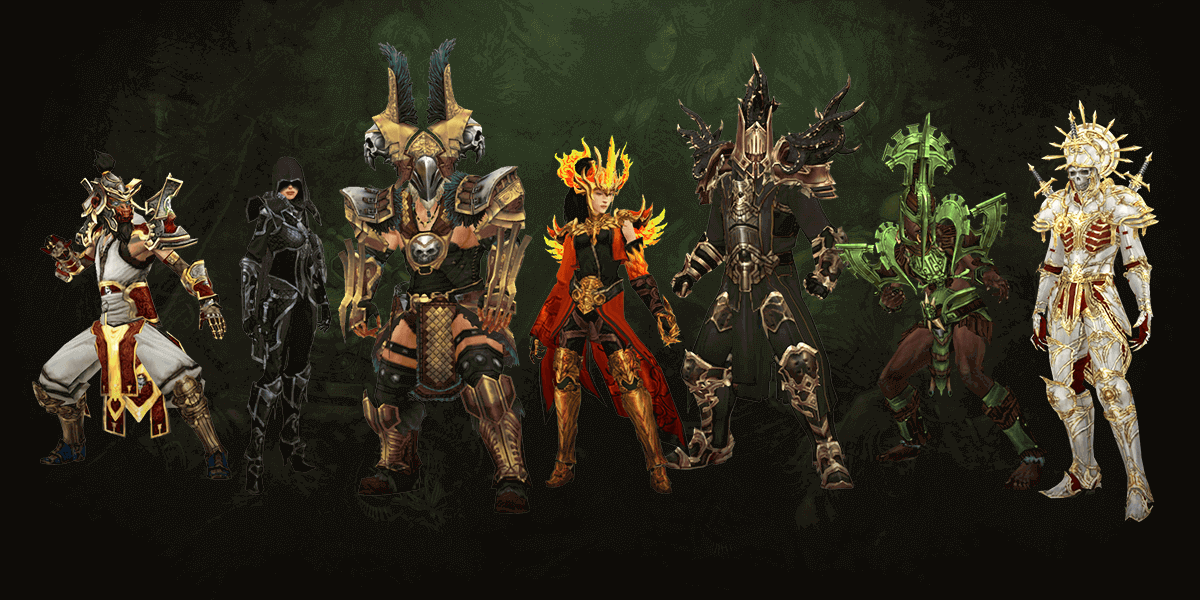 Here you can find the final patch notes for the most recent update for Diablo III, Patch 2.6.9. Changes specifically from the original PTR have been highlighted in RED.

Developer's Note: With the adjustments coming in for a few past Necromancer sets and abilities, we will continue to evaluate the performance of the new set this season and may make additional adjustments in future seasons if we believe they are necessary.