Hi, Diablo III fans! With the still active PTR, we thought we'd share the good news that it has been extended until the 26th of April!

Furthermore, since fans have been sending feedback to the team about the PTR, a patch will be available early next week that comes with some tweaks and bug fixes that are a result of extensive testing from the community and the development team. There's plenty to share in regards to this exciting news, and when the patch is deployed, the patch notes will explain everything.

The damage of the Wave of Destruction and Attack Speed will now scale together.

Blessed Shield's damage is increased by 30- to 35-percent for three second when you hit an enemy with it.

Rapid Fire will now also get a damage increase of 250- to 300-percent.

A swirling tornado of bone will now be activated by the Bone Armour, which will increase the Necromancer's damage by 10000-percent and deal weapon damage of 1000-percent to all enemies in proximity.

Every 0.5 seconds you channel Rapid Fire, it will deal an addition 75- to 100-percent damage; and it can multiply up to 4x

From Friday, the 5th of April, Patch 2.6.5 PTR will be getting rolled out until next week Friday. There might also be a few minor patches, hotfixes, outages and maintenances throughout PTR's course. Your PTR will be made easy with two buffs: double Blood Shard drops and increased Legendary drop rate, allowing you to get any needed class items

Testing will prioritize the following items to keep things focused. Players using new item changes (as listed below) to reach the highest levels of the Greater Rifts. Legacy of Nightmares Seasonal buff experimentation, particularly with those builds with unexpected bugs or interactions.

Great news, Nephilim! You can now re-enter the original world of Diablo (the first game in Blizzard's legendary series). In a groundbreaking collaboration between Blizzard and GOG.COM, this action RPG is available once again with a few quality of life improvements, such as enhanced HD graphics and compatibility fixes. Hurry up and get your copy now for a nostalgia bomb that will make you feel like 1996 again.

The realm of Sanctuary with its darkness and ominousness atmosphere was introduced to the world through Diablo on the 31st of December, 1996. The Lord of Terror and his dark minions needed to be defeated and many brave heroes took on this challenge by venturing down the terrible depths of Tristam Cathedral and, for the first time, heading on a journey that will eventually spawn a series action RPGs with tonnes of action and a loyal fan base. Now, the Blizzard classic can be enjoyed by a new generation of eager adventurers in its original glory as it becomes a DRM-free digital download for the first time in history. And it can be found only onGOG.COM!.

Despite sporting fancy new HD visuals and fixes for compatibility issues with current gen PC hardware and operating systems, the GOG team has made sure the original adventure remains intact. You can go on the journey solo or with your buddies using direct or network IP. Everything is rendered in the original’s SVGA enhanced 3D graphics; this includes the stairways, monsters, treasures, traps, corridors in every randomly-generated room.

Go back to where the journey began.Head on over to GOG.COM and download Diablo is directly from there for just 9.99!

Answers to Any Question that Could Possibly Pop Up:

Why is Blizzard Creating Diablo Immortal?

Why is Blizzard Creating Diablo Immortal? 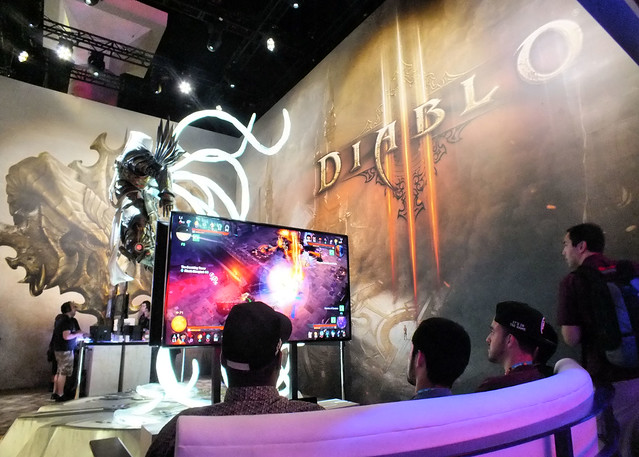 Ever since Diablo was released back in 1996, the action-packed dungeon crawler has remained a staple in the gaming world. Not only did it blow all of the competition away, but it also spawned several imitators from companies looking to recreate the immensely entertaining, dungeon-crawling grind that the Diablo series is now famous for.

Why A Mobile Game? 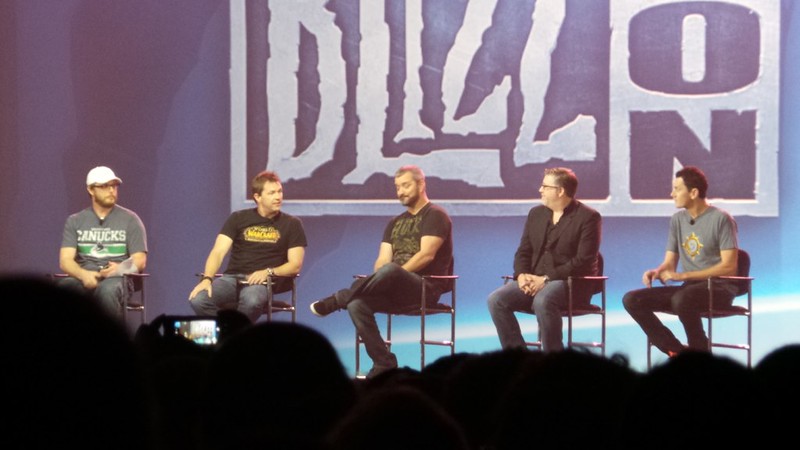 After Blizzard was able to capture the hearts of console players when they released Diablo 3: Ultimate Evil Edition, it seemed the game developers could do no wrong. This is probably why their decision to create a mobile version of the classic ARPG, though undoubtedly controversial, didn’t completely turn players away. Some players are even excited about their favorite game finally reaching smartphones.

After all, dystopian adventures and post-apocalyptic RPGs are all the rage right now. One of the most successful console games so far this year is the Resident Evil II remake, while popular mobile game Plants vs Zombies continues to draw in more players looking for a quirky take on the end of days. Meanwhile, even the iGaming industry is embracing the fad, with apocalyptic slot game Lost Vegas receiving tons of praise and positive reviews.

That said, casino games always seem to have been ahead of the curve when it comes to creepy fantasy, as well as when it comes to mobile gaming. Jackpotcity is referenced here as having over 400 slots including Immortal Romance, Lost Vegas and several other edgy games. All of these titles are available to play on mobile, giving players on-the-go access to their favorite games wherever and whenever they feel like playing. Really, the iGaming industry is ahead of the game when it comes to mobile gaming and gloomy games, so it's no surprise that massive companies like Blizzard are keen to follow the industry's lead.

What Do We Know About Diablo Immortal?

Though there is no official release date for the game's release yet, rumor has it that we will see it in both Google Play and Apple Store by the end of 2019. What we do know is that the title is being worked on by leading industry expert NetEase to ensure that the click and slash system Diablo players have come to know and love will translate properly to touchscreen.

As for the story, it's thought that Diablo Immortal will begin five years after the end of Diablo II. That's right: We'll be exploring exactly what happened following the destruction of the Worldstone and finding out how the world of Diablo III got so... miserable. Tyrael, Malthael, Leah and Deckard will all be making appearances, in addition to Valla and Josen, who both previously appeared in Heroes of the Storm. As for enemies, Baal and Skarn are probably going to making appearances during the mobile game.

As if that wasn't exciting enough, apparently Blizzard will be introducing new abilities and techniques that have never appeared in a Diablo game before, and though the six classes will remain the same, they will apparently work together in a variety of new ways.

We're sure more information will come out about the game before it officially reaches smartphones, especially since it's sure to be a big release. For now, though, we'll just have to wait and hope that Blizzard doesn't mess it up.

"This book must never be returned to the Coven. They are not worthy of its secrets"

Traitor. Heretic. Witch. Adria is one woman who is not a stranger to any of these words. Who knew a common seller of magical items could become one of Sanctuary's most terrifying monsters?

As we all know, villains are not made overnight. The power that lies within Adria is one that was acquired through years of hard work. Right now, she has is a dedicated servant of the Lord of Terror, awaiting his oncoming resurrection. But in the past she was a scholar and Coven witch who left with a great deal of secret knowledge

You can acquire this knowledge by venturing into the dark abyss in Diablo: Book of Adria.

The Book of Adria, which is part beautiful art book with gorgeous illustrations and part tome of lore, will reveal to you about Sanctuary's various inhabitants and help you understand things you didn't know about the Burning Hells and High Heavens as you read through the witch's notes.

It will even tell you about the inner workings of the Coven. This book contains tons of Diablo history through its untold stories, meticulous illustrations and valuable insights.

If you consider yourself a master collector of Diablo lore, you need this book. The Book of Adria can now be purchased on the Blizzard Gear Store, Amazon and other online stores. Be warned that the chance of unleashing something purely evil exists if you decide to perform one of its dark rituals. The sellers of the book will not be held responsible if you summon your worst nightmare from the depths of hell.